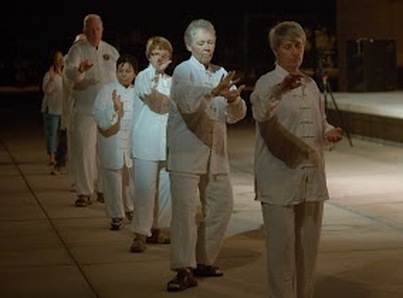 After much rehearsal by the various performing groups, and after everyone had a chance to eat Chinese food and put on their uniforms, the event finally began. Master Zhao led us in some Chen warm up exercises and then we all performed the Yang 24 form together.

The Tucson Sino Martial Arts Group performed the Chen 26 Form. We only had one rehearsal before this performance. 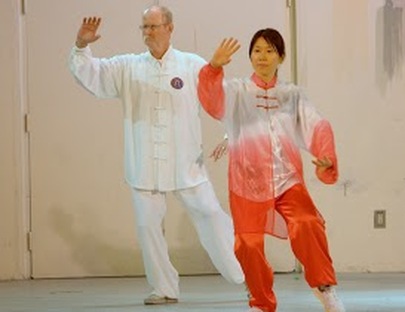 Sarah and me in white stork spreads wings position.
Here's the link to the video of the performance taken by Rob's son Liam..
http://www.youtube.com/watch?v=eibVkglx-2w